SAN ANTONIO, Aug. 5, 2020 – San Antonio’s SATX Technologies announced recently that three more pets were recovered via the use of its Global Positioning System (GPS) technology. This marks more than 50 pet recoveries that have been reported to the company’s customer service department in the last year. Originally selling magnetic GPS Trackers, the company added pet trackers to their product line about 3 years ago.

Not all recoveries are reported, and some lost pet situations are more serious than others, but it nonetheless marks a milestone for the company and its SATX GPS trackers.

“We don’t really expect feedback from our clients in regards to how well our pet trackers are working, but it’s definitely great to hear from them and to know they’re happy with our products,” says Ryan Birdsell, founder and owner of SATX Technologies. “We realize that pets are an important part of most families, but they do have a tendency to wander off on occasion. And finding them in those instances is exactly what our SATX GPS trackers are designed to do.”

The American Humane Association estimates that a staggering 10 million dogs and cats are lost or stolen every year in the United States, meaning that approximately one in three pets will be lost at some point in their life.

Fifteen percent of these pets are later recovered due to the use of either microchips or GPS devices.

There are several ways to protect your pets and keep them safe, but none better than SATX GPS trackers. Available for both dogs and cats, these popular devices come in a few different forms and are available for purchase online. SATX also sells a magnetic GPS tracker which can be applied to horse trailers which happens to also be on the rise for theft.

In addition, the magnetic GPS tracker can be fitted inside a special harness for cattle herd, which also helps with theft recovery.

“If you have an animal that is a beloved part of your family, spending a few dollars to ensure their safety is certainly money well spent,” says Birdsell, while disclosing that many SATX Technologies clients have admitted the same, particularly after their pets have been recovered. “Imagine never having to worry again about finding your dog or cat in the case of a theft or other emergency.”

They allow you to locate your pet anywhere and at any time, and are the most popular option in terms of GPS pet trackers.

There’s plenty more information on these popular devices available online, giving pet owners the ability to easily research and learn about GPS technology before making any type of purchase.

SATX Technologies was founded in 2014 and specializes in high-tech gadgetry and magnetic GPS trackers, which are used for many purposes. These include tracking vehicles and other high ticket items, but they can also be used to protect young children and even elderly members of the family who may be vulnerable for various reasons. 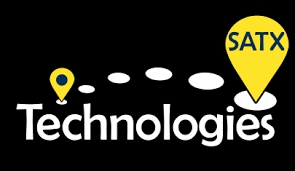 SATX Technologies blended the right level of knowledge, real world experience, and leadership to start this great company. We provide service, support, and sales of GPS tracking devices throughout the Americas.